The I2C (Inter-Integrated Circuit) is a half-duplex, synchronous serial communication interface specification used for short-distance communication, primarily in embedded systems. The interface was developed in 1982 by Philips Semiconductor (now NXP Semiconductors). The I²C communication is a master-slave protocol with a single or many master devices and one or more slave devices. I2C (Inter-Integrated Circuit) is used for communicating with microcontrollers, microprocessors, LCDs, sensors (Gyroscope, etc.), memory devices (Flash, EEPROM) and is widely used in modern-day embedded hardware.

What You Will Learn

I2C uses an open-drain / open-collector with an input buffer on the same line. This allows a single data line to be used for bidirectional data flow.

In an open-drain configuration, by default, the bus lines are pulled up to power rail / VCC / logic HIGH by pull-up resistors (R1 / R2 / RPU) the device can only pull the bus line down by connecting it to ground/logic LOW. The devices usually implement this using a FET or transistor in a switch configuration. In the event of the bus being released by the master or a slave, the pull-up resistor (R1 / R2 / RPU) on the line is responsible for pulling the bus voltage up to the power rail. This prevents any communication clashes or short circuit between power and ground.

The size of the pull-up resistor is determined by the amount of capacitance on the I2C lines. In most cases, 4.7k resistors are used. The bus is only limited by the bus capacitance limit of 400 pF.

When a logic LOW needs to be transmitted the I2C hardware activates the pull-down FET to connect the bus line to GND. A small current flows from power to ground via a pull-up resistor (RPU) and voltage on the bus line equals to ground which will be interpreted as LOW.

When logic HIGH needs to be transmitted the I2C hardware deactivates / tri-state the pull-down FET to disconnect the bus line from GND. This leaves the bus floating, and the pull-up resistor will pull the voltage up to the power rail, which will be interpreted as a HIGH.

Each data bit transferred on the I2C bus is accompanied by a pulse on the clock line. The level of the data line must be stable when the clock line is HIGH. The only exception to this rule is for generating START and STOP conditions.

A HIGH-to-LOW transition on the SDA line, while the SCL is HIGH, defines a START condition.

A LOW-to-HIGH transition on the SDA line, while the SCL is HIGH, defines a STOP condition.

A special case occurs when a new START condition is issued between a START and STOP condition. This is referred to as a REPEATED START condition. After a REPEATED START, the bus is considered busy until the next STOP. This is identical to the START behavior, and therefore START is used to describe both START and REPEATED START. This is useful for when the master wishes to start a new communication but does not wish to let the bus go idle with the STOP condition, which has the chance of the master losing control of the bus to another master (in multi-master environments)

One data bit is transferred during each clock pulse of the SCL. Data is transferred byte by byte. Data is transferred Most Significant Bit (MSB) first. Any number of data bytes can be transferred from the master to slave between the START and STOP conditions. Usually, Data on the SDA line must remain stable during the HIGH phase of the clock period, as changes in the data line when the SCL is HIGH are interpreted as control commands (START or STOP).

There are several conditions that lead to the generation of a NACK:

When a slave device holds the clock line (SCL) LOW after receiving (or sending) a byte it is called clock stretching. This usually indicates that it is not yet ready to process more data. The master must wait until the clock line actually goes HIGH. Clock stretching is the only time in I2C where the slave drives SCL. This is possible due to open-drain / open-collector pins. Many slaves do not need to clock stretch and thus treat SCL as strictly an input with no circuitry to drive it. Some masters may not support clock stretching and are labeled as a “two-wire interface” and not I2C.

There are two types of data packets that are transferred on an I2C bus. They are :

I2C allows multiple masters to be present on the bus and can share the same slave device. But multiple masters sharing the same SDA and SCL bus lines can lead to communication clashes and data corruption. To solve such problems two algorithms are used :

Different masters may use different SCL frequencies and may differ in phase. A scheme must be devised to synchronize the serial clocks from all masters, in order to let the transmission proceed in a lockstep fashion.

The wired-ANDing of the bus lines is used to solve this problem. The serial clocks from all masters will be wired-ANDed, yielding a combined clock with a HIGH period equal to the one from the Master with the shortest HIGH period. The LOW period of the combined clock is equal to the LOW period of the master with the longest LOW period. All masters listen to the SCL line, effectively starting to count their SCL HIGH and LOW time-out periods when the combined SCL line goes HIGH or LOW, respectively.

Two masters can try to start transmission at the same time. Only one of the masters is allowed to complete the transmission. All other masters should cease transmission when they discover that they have lost the selection process. This selection process is called arbitration. Arbitration is carried out by all masters continuously monitoring the SDA line after outputting data. If the value read from the SDA line does not match the value the master had output, it has lost the arbitration. Note that a master can only lose arbitration when it outputs a HIGH SDA value while another master outputs a LOW value. The losing Master should immediately switch to Slave mode to check whether it is being addressed by the winning master.

Note that arbitration is not allowed between:

All transmissions must contain the same number of data packets, otherwise, the result of the arbitration is undefined. 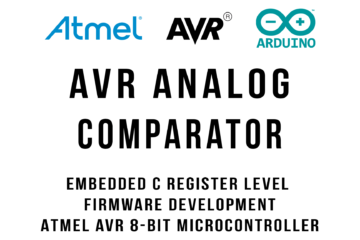 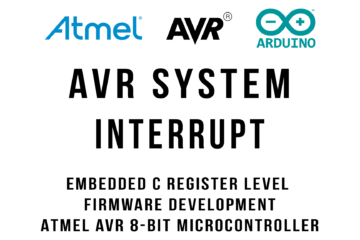 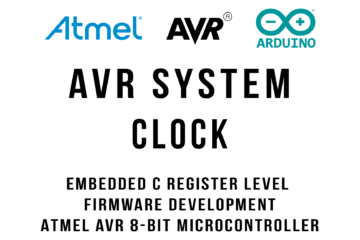